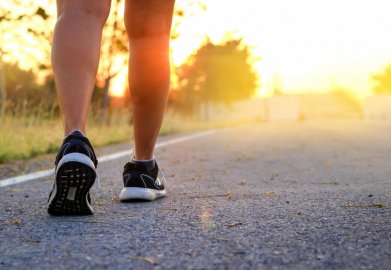 Thirty, maybe more, years ago I was running after work.  To get away from traffic, I had chosen a route on back, more sparsely traveled dirt roads.  It was late spring and warm.  The route was a long one and I stopped to take a short walk.  Just then a guy I knew happened to drive past, taking his dog to the nearby field trial area.  He slowed and stopped, asking, “Are you all right?”  I assured him I was.  He then smirked, adding a comment about “walking,” as if I’d committed a sort of mortal sin.

Similarly, again long ago, I was talking with another runner when a fellow worker approached and good-naturedly greeted us with, “Hey, there are the two joggers!”  Quickly retorting, with more vehemence than I’d ever expect, the other runner straightened out our greeter.  “I’m a runner, not a jogger!”  I was startled.

I’ve been running for a long time, closing in on fifty years.  Early on, I rarely walked when I was supposed to be running.  I never attached anything serious to it; I just didn’t walk, not unless absolutely necessary due to pain, fatigue, or conditions such as heat or ice.

Over the years, particularly recently, I’ve found myself walking.  Probably fifteen or so years ago I started walking one day, still running five, with my usual rest day tossed in.  Sometimes now I’ll walk two days.  And, more and more, on a run, if I feel like walking, I do.  It’s no big deal.  To those who might scoff at my walking, I might say, “See if you can keep up with me—at 73 years old.”  But I wouldn’t say that.

I don’t disparage those who refuse to walk.  Many of us take our running very seriously—and we should.  It’s a pretty serious thing to train for a marathon or ultra, putting in all those miles regardless of the weather, time constraints, etc.  Likewise training for a personal record or any race time to meet a goal.  Getting up at 4:30 or 5:00 AM to get in a run is pretty serious stuff.  Runners who choose to take their running seriously have a right to do so.

Perhaps I don’t take my running as seriously as I once did.  I don’t take it for granted.  In fact, a recent minor injury that caused some off-time and cutting back reminded me of how much I appreciate the ability to run, especially as much as I do.

All that said, the question still arises out there among some runners, “Do real runners walk?”  Of course they do, but some folks apparently don’t think so.  For instance, I don’t know how far the idea ever got, but there have been, over the years, proposals to disqualify, remove from the course, marathoners who walk in those races.  It’s as if these runners are “improperly performing the event.”  I don’t know exactly what that means, but I think the intent is clear.  Runners who walk are out.  Again, such proposals don’t seem to have garnered much support, thank goodness.

Walking breaks are not sinful during marathons, other races, and training.  They were a big innovation a few decades back popularized by Jeff Galloway.  Galloway was an Olympian, in the marathon, and if he says walking is OK, it’s fine with me.  Some years ago, two of running’s most popular writers and outstanding runners themselves, Hal Higdon and Joe Henderson, have also been proponents.

What’s wrong with “walk breaks,” as Galloway calls them?  Beats me.

In his book, Run-Walk-Run, and other places Galloway notes numerous runners who have trained for and completed marathons using walk breaks, generally the practice of running a longer distance, say a mile, and walking a shorter distance, maybe a minute, before running again.  He claims some veteran runners have set PRs with walk breaks, including some who broke three hours for the first time.  As one who has never broken that magical time barrier, how can I be critical of walk breaks?

I suppose some running purists, whoever they are, may scoff at walking.  “If they walk in a race, they’re not really running it.”  Maybe, but how many purists finished behind Bill Rodgers in the 1975 Boston Marathon?  Rodgers fully admitted he walked through a number of aid/water stations, yet led the entire field in the first of his four Boston victories.

Higdon, too, has won national age-group titles using walk breaks.  In one championship race, he walked each of the twenty-six marathon water stations.  He won that marathon and broke two hours and thirty minutes—at age 45!

Ultramarathoners have known the advantages of walking for years.  Walking works for them.

In races, as long as runners who use walk breaks or even walkers themselves follow race etiquette, for instance, keeping to the side of the courses so others aren’t impeded, where’s the problem?

Perhaps falling within the realm of the ridiculous, some problems might arise from enforcement, for example.  What if a runner develops a cramp or side stitch or becomes overheated and must walk?  Is that a DQ?   How is it explained when a walk breaker beats many others in a race field?  Did the others officially beat him/her?  Will it be maintained that the walk breaks give an unfair advantage, perhaps like those who use PEDs?  Again, if that’s too ridiculous, what about runners who use carb-supplements or train using gadgets such as heart-rate monitors?  What might purists say about those?  The can of worms that might be opened might also be bottomless.

OK, this is probably making a mountain out of a molehill, imagining a problem that doesn’t and likely won’t exist.  But remember the first federal income tax?  The Sixteenth Amendment passed in 1913 led to fewer than one percent of income earners being taxed.  And most of them just paid a one percent tax.  As we prepare to file our taxes in the next couple of weeks, keep that in mind.  I know what can happen when they get their claws on us. 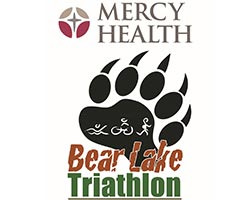 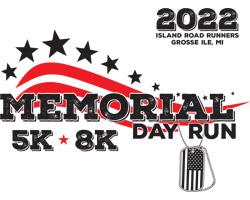 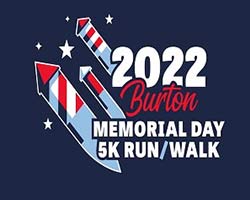 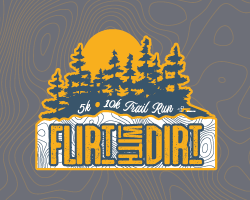 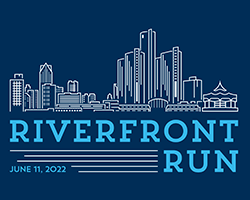