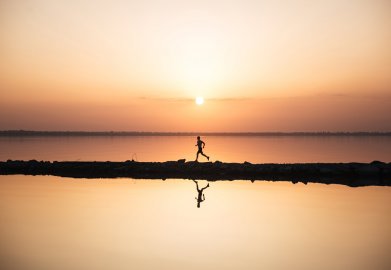 The spring and summer of 2020 will be remembered by all who lived through it.  All aspects of people’s lives were affected.  I missed out on some key activities I was anticipating for months—and regret and resent that a lot.  I didn’t get to visit Ashley and Cody in South Carolina (although they did come up here to stay with us for a month) and Matt in Las Vegas.  A 50th Amherst College reunion was canceled and went virtual, although there is talk of trying to combine it with next year’s 50th-year alumni gathering.  I was very disappointed to have Baseball’s Hall of Fame Induction Ceremony Weekend postponed until 2021.  (That delays the formal induction of Ted Simmons.)

That disruption goes for runners and their lives, too.  If this wasn’t the weirdest six months of and for running, I don’t know which were.  And we can thank the virus, CoVid 19 or Corona or whatever you choose to call it, and the response to it.

When the first the of the governor’s incessant “executive orders” began to be announced in March, I waited for the shoe to drop on running.  From the outset, I had determined I was going to continue to run—regardless of any governor’s orders or the penalties they might incur.  (OK, I’m done being political, at least in this column.  My blog is a different matter!)

Fortunately, for our daily runs, particularly our lonesome ones, there were no restrictions.  From mid-March through September, I pretty much ran as usual.  Perhaps, due to the limits on other activities and the quarantine, I even tacked on a few extra miles each week.

For that matter, there seemed to be more runners and walkers both in our neighborhood (subdivision) and at the nearby state park.  The numbers tailed off by June and especially July and August, but the first couple of months it was good to see far more people out there.  And at least a few of them have continued.

A couple of the walkers became runners.  One explained to me that he is “up to three or three and a half miles” a day.  He even has several courses mapped out for different daily runs.  Another I began calling “The Ninja.”  He started as a walker, dressed all in black, even in the pre-dawn, still-dark mornings.  Long pants and long-sleeves, hat and face mask, all black.  He walked very fast, I thought.  Then I noticed he started to mix in running with his fast walking.  By mid-August he was running, albeit now without his mask, several days a week.

Both on our streets and on the trails, there were more people out walking their dogs.  (Include me in with them, adding three or four daily walks with our new puppy, “Andy,” to my  runs.)  I think I met more neighbors (and their dogs!) in April and May than I did in more than thirty years of living here.  Others were walking with spouses, kids, or other neighbors.  It was an encouraging site, all those new walkers and runners, but the taper after a couple of months was disappointing.

I don’t know exactly how many, but five or six, maybe more, young adult children moved back in with their parents, our neighbors.  I didn’t inquire why, but assumed they were furloughed or laid off, losing all or part of their incomes.  All but one of them were out there walking or running.  Those remaining home are still at it.

Although not related to the virus (Or was it?  If a butterfly flaps its wings in New Mexico…..), the heat and humidity were brutal, at least to me.  If Detroit didn’t break the record for consecutive 90° days (in July), it came close.  Many cities in Michigan had more than twenty days when the thermometer reached 90.  Those long stretches were matched by high humidity, very high.  All that made running tough, tougher than usual in our summer.

During the summers, I usually run at 6:00 AM, sometimes earlier.  It’s light enough then and I can beat the heat.  But more than once those early temperatures were already in the upper 70s.  Toss in the humidity and we had the makings of running in a steam bath, days on which I could remove my tee shirt and wring it out.  Gross!

Oddly, though, I noticed the deer flies on my two or three weekly runs on the trails at the state park were not nearly as devastating as they usually are.  Not only were their numbers down, but they seemed to disappear after a couple of weeks, not sticking around for their usual month or more of pestering.

Of course, there was no in-person racing.  Races, large and small, were canceled or went virtual.  Even runners such as Jillian Peck and Laura Doran organized their own virtual races.  As innovative and nice as those were, they weren’t the same as being there.  The atmosphere, the competition, and the camaraderie couldn’t be replicated.  And some of us are still waiting to hear about the status of our favorite autumn and holiday races.

How was your running affected, if at all?  For better or for worse?