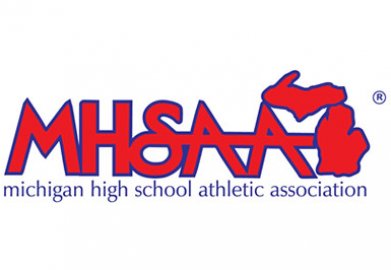 EAST LANSING, Mich. – Oct. 2 – The Executive Committee of the Michigan High School Athletic Association has approved a series of modifications for this fall’s cross country and girls swimming & diving tournaments as part of efforts to reduce the possible opportunity for spread of COVID-19. The Committee also approved an expanded field for Lower Peninsula Girls Golf Finals made possible by a recent Executive Order announced by Governor Gretchen Whitmer.

The Executive Committee is comprised of officers of the larger Representative Council. The adjustments to these three sports’ tournaments received final approval during the Committee’s Sept. 30 meeting.

This season’s Lower Peninsula Cross Country Tournament will begin with an additional Pre-Regional round, which will divide traditional Regionals into smaller groups in order to limit field sizes per race site. A total of 18 Pre-Regional races per each of four Divisions will qualify the four top-placing teams and seven top individuals not on those teams to nine Regionals per Division. From Regionals, the top three teams and seven individuals not on those teams will advance to each of the Finals, which will be run Friday (Division 1 & 2) and Saturday (Division 3 & 4), Nov. 6-7, at Michigan International Speedway.

To again limit field size and mixing of schools, each Division of the Lower Peninsula Finals for both girls and boys will be run over two races – teams qualifying third from Regionals and all individual qualifiers will be in one section (or heat), with teams that qualified second or first at Regionals in a second section. Two Divisions – four girls and four boys races total – will be run each day of the Lower Peninsula Finals.

The only change for the Upper Peninsula Finals this fall is the three Divisions will be run at separate sites Oct. 24 – Division 1 at Marquette’s Presque Isle Park, Division 2 at George Young Recreational Complex in Iron River, and Division 3 at Pictured Rocks Golf Course in Munising. The format for Upper Peninsula Finals is unchanged from previous years.

Adjustments to this fall’s Lower Peninsula Girls Swimming & Diving Finals were made to accommodate limits on individuals who may assemble together for indoor activities. All diving will take place Friday, Nov. 20, at three Lower Peninsula Finals sites to be determined. All qualifying divers will complete five dives, with the top 20 advancing to perform three more dives. From that second round, the top 16 will advance to perform their final three dives of the competition.

All swimming will be competed Saturday, Nov. 21, with timed championship races in every event instead of the traditional preliminaries and finals. Scores from the swimming and diving portions will be combined to determine final team finish.

The fields for the four Lower Peninsula Girls Golf Finals will expand to their traditional sizes after the Executive Committee previously approved a proposal to limit the fields due to outdoor gathering restrictions. With those gathering limitations eased Sept. 25 by Executive Order 183, Regionals will again qualify the top three teams and top three individuals not on those teams to Finals. As previously announced, the Girls Golf Finals will be contested this season with one 18-hole round instead of the traditional two rounds to eliminate any necessity of overnight trips. The four Girls Golf Finals will be played over Oct. 16-17 at the Forest Akers golf courses at Michigan State University.

Further details for all tournaments will be available on their respective sport pages of the MHSAA Website: https://www.mhsaa.com/sports.

The MHSAA is a private, not-for-profit corporation of voluntary membership by more than 1,500 public and private senior high schools and junior high/middle schools which exists to develop common rules for athletic eligibility and competition. No government funds or tax dollars support the MHSAA, which was the first such association nationally to not accept membership dues or tournament entry fees from schools. Member schools which enforce these rules are permitted to participate in MHSAA tournaments, which attract more than 1.4 million spectators each year.