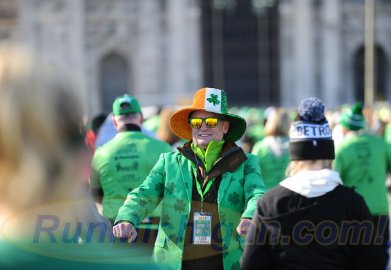 Over the past forty or more years I’ve been writing about running, many people have provided their stories, ideas, and experiences to share.  I thought this month would be a good time for updates, to “catch-up” with some of them, to check and see how they and their running are doing three and five and even ten years or more later.

Regardless of their individual running experiences, I have been grateful and even awed and inspired by what they’ve done.  Some have been state runners-of-the-year, even earning national and international accolades. Some have overcome obstacles to achieve what might have been thought unachievable.  Others have set lofty goals and then worked to meet them. Still others contributed to help others, through their running, and continue to do so. I have learned a lot, about running and even sometimes about life, from them.

Running legend Doug Kurtis ran more than 200 sub-three hour marathons.  He holds several world marathon records: most victories (40) and most career-sub 2:20 finishes (76).  In 1989, he set another world best by running thirteen sub-2:20s in that year alone.

Kurtis now lives in Ashville, North Carolina, moving from Michigan about two years ago.  He quipped of his new running environment, “I’m still getting used to running up mountains and steep hills.”  Although he “takes a day off here and there, my goal is to run five miles a day.” He’s “not motivated to run races” and doesn’t train for them.  “I just run to stay healthy and maintain my current weight.”

Although he finds it “a challenge to work remotely,” he’s still involved with the Detroit Thanksgiving S3 Turkey Trot and continues to direct the Corktown Races there.  Last year, to commemorate the 30th anniversary of his 1989 feat, he posted on Facebook an article for each of the sub-2:20s he ran.  And he’s begun giving motivational speeches, welcoming more opportunities.

Several other Michigan Runners-of-the-Year have had mixed recent results.  Steve Menovcik has reached his 50s and changed his racing focus. After running 32 marathons in eight years ending in 2011, “I’ve only run eight more since.”  He’s battled some injuries and, due to those, now aims at middle and shorter distances.

With those injuries in mind, Menovcik admitted, “My mileage is minimal from November to March, about twenty miles a week.”  The warmer weather motivates him to crank it up for racing. From April to October, he doubles his weekly mileage, “forty to fifty or more miles, five or six days.”

For five years, he was president of Patient Endurance Racing, a USATF team he founded.  PER competed in many USATF masters championship races, culminating in winning the 2016 Men’s Masters Team competition at the Boston Marathon.

In 2020, in addition to the Firecracker Mile, he’s targeting several 5Ks.  “I want to try and run a half marathon at some point this year and try a few new races like I did last year.  I did the Big 10 10K in Chicago last year and it was a lot of fun.” Besides this race schedule, he still runs “to try and stay healthy and enjoy every day that I can run.”

Some bad luck has befallen a couple of other former state runners-of-the-year.  Ruben Henderson had “a bad fall a couple of years ago.” He was forced to take off some time from running.  However, he stayed active in the sport. “I have been coaching international professional athletes, some of the fastest in the world.  I’m currently heavily involved, working with professional runners from Ethiopia and Kenya.”

There is some good news about his personal running.  “I started back training a month ago (January). I will be back in action hopefully by June of this year.”

Andy Muchow said, “I’m afraid there isn’t much to report here.  Bad arthritis in my left ankle caught up to me. I’ve had to abandon running and most impact activity altogether.”  He lamented, “I sure miss my running as everyone knows how it becomes a part of everyday life, just like eating and sleeping.”  Now, “the elliptical in my basement has become my main source of exercise.” He added, “But it’s not even close to running.”

Laurel Park is “still running and racing, although the last four years or so have been frustrating.  It’s been one little thing after another.” She cited “sinus issues” which negatively affected “overall energy and running in particular.”

But she said, “I did fairly well racing last year.”  At the Dart for Art Street Mile in Ann Arbor, she posted a 5:52.  Early August hit her with a strained right ilio-tibial band. “Until November,” she was restricted to the elliptical and pool.  While recovering from the ITB strain, she discovered hip problems, too.

Park still “enjoys the occasional race and, in particular, staying in touch with my many running friends.”  She runs five days a week, totaling about 30 miles, and hopes to recover enough to compete in some USATF masters road races again.

Outside of running, “I started taking a masters swimming class at the Ann Arbor YMCA.  It’s been a lot of fun and is great cross-training.” She joked, “No, I am not planning to do a triathlon.  Anyone who’s seen me on a bike will understand. But maybe a masters swim meet,” adding with a chuckle, “just for (dolphin) kicks!”

In January, Park assumed the presidency of the Ann Arbor Track Club.  She is excited about it. “That will certainly keep me involved in the local running scene.”

In 2014, Donna Swanson completed her goal of running a marathon in each of the fifty states.  That was her 89th marathon.  “I am now at 96.  My last one was in October 2019 in St. Georges, Utah.”  In the meantime, she finished “a couple of bucket list marathons, Avenue of the Giants and Big Sur,” both in California.

This March 22, she’s planning to run a marathon in Asheville, North Carolina, completely on the grounds of the Vanderbilt Biltmore Estate.  “We’ll be staying a couple of nights with Doug Kurtis and his wife Ann.”

Swanson said, “I plan to quit running full marathons once I reach 100.”  After the Biltmore, she has the final three chosen—Marquette in September, Medoc (France) in 2021, and finishing with the Detroit Free Press “for my 100th since that was the first marathon I ran back in 1980.”

She admitted, “I am certainly slower at age 68, but I’ve been fortunate to stay injury-free.”  She attributes some of that luck “to regular yoga practice.”  She also snowshoes and has raced the Bigfoot Snowshoe 10K in Traverse City two times.

Nina Bovio is a mainstay and long-time age-group ace in Michigan races.  “I am enjoying sunny Ormond Beach, just north of Daytona (Florida),” she recounted.  “My running is so-so.” Although she finished the Grand Rapids Marathon last October, “I was not happy with the outcome.”

She had been training forty miles a week, but is now dealing with some piriformis issues.  “I’m running twenty miles a week now.” At the suggestion that yoga might be helpful, she admitted, “I know yoga would help.  I am thinking I should join a few classes.” As ever, upbeat, she enthused, “Onward! I am always dreaming of future goals.”

Maggy Zidar has been running, “my passion,” for four decades.  She said, “I still run every day, but it is considerably slower.  I have now completed 177 full marathons, 138 of them under four hours, but now I struggle to finish in less than six hours.”  She added, “I still love it, though.”

She underwent “total hip replacement two and a half years ago,” but she’s still running.  She also became a septuagenarian a couple of months ago, too. “I am so grateful to be able to continue to do something that’s been my passion for forty years.”  Zidar noted, “I attend races most weekends and feel gratitude to start and finish and enjoy the energy derived from other runners.”

The husband-wife team of Jillian and Dennis Peck are still at their running, sharing and learning from each other—and giving back to the running community.  She began to run ten years ago. “Honestly,” she admitted, “I didn’t think it was that long.” Over that decade, “My pace has improved and my distance increased.  The longer I run, the stronger I feel.” She quipped, “I guiltily love hearing, ‘I didn’t realize you are in your mid-fifites.’”

Although she’s run races from 5K to the marathon, “My favorite distance is the half [marathon].  The training isn’t too time-consuming and there are so many races to choose from.” A couple of years ago, she broke “the elusive two-hour mark at the Rock CF Half Marathon (Grosse Ile).”

She still runs with the 501 Running Club, which started her running.  “It has made all the difference in sticking with the sport.” Although there are no triathlons in her plans, she is in the process of becoming a certified rules official for USATRI.

Both Jill and Dennis have come to volunteer at race.  They both also continue to coach Special Olympics athletes in track and field.  “This led to becoming Brooks ID coaches,” too. With Dennis’s suggestion, Jill has begun to lift some weights, hoping it will “make a difference in this year’s Rock CF Half.”

Dennis described his running experience with the song lyrics, “What a long, strange trip it’s been.”  One of his goals is to qualify for the Boston Marathon. He admitted, “I had to deal with the truth that my best chance is to age into it.”

In the meantime, ultras and triathlons are “on the agenda.”  He has finished several 70.3 mile runs. And he is aiming this year for another 70.3 race and “the full Ironman in Lake Placid (New York).”  He said, “Next year, back to marathon training.”

Dennis commented, “Running and the friendships that we made have had such an impact on my life.”  He cited the Special Olympics coaching. “After a few years of coaching, I realized how little I know.  That led me to the USATF clinics and certification.” He has more ambitious plans, too. He has “returned to school at Oakland Community College and Schoolcraft College to pursue a degree in exercise leadership.”  And he’s considering a continuation of his studies at Wayne State University. “I hope to take advantage of the 75% discount for 60-year olds, only two years away.” All this plays into his overall plan, “I try to be an example that you are never too old to learn, exercise, and run.”

Mike “Flagman” Bowen joked, “I’m still waddling, as my wife and coach Patty calls it.  And the POW/MIA flag is always with me.” He has continued to hold true to the commitment he made in 1982.  “I get out there for at least an hour a day, sometimes two hours, every day especially in nasty weather. POWs didn’t get ‘bad weather days’ off.”

He’s given up marathons, which was his favorite distance.  “My knees and a bout with cancer restricted my endurance level.”  He lamented, perhaps with tongue in cheek, “Oh, how I miss those 80- and 100-miles weeks.  But I’ll survive with the memories.”

In the races he’s run, “I don’t compete.  But I still like the buzz I get from being around runners.  I don’t care about my time.” He laughed, “I just want to finish upright and off a stretcher.”  Bowen has kept alive his streak of consecutive Crim Ten Mile races. In August last year, he finished his 35th straight Crim and plans on running his 36th this year.

Bowen has a goal that many runners may have.  “I hope to get a short run in the day I die.”