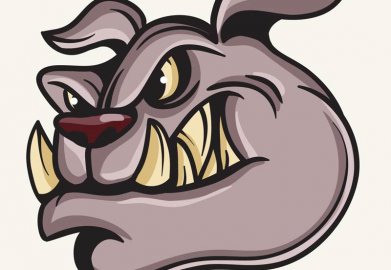 This month’s column is different, tangentially I suppose, but certainly not directed, related to running.  I hope you enjoy and have as much fun reading it as I did doing the research and writing it.

It’s not unusual for me to receive, well, unusual looks when I reveal that, in high school, I was a Tractor, yes, a Fordson Tractor.  That was and remains the nickname/mascot of Fordson High School.  It is unique.  It’s the only such high school nickname in Michigan.  I’ve also been led to believe it’s the only one in the United States.  “Tractors” has a historical origin, which appeals to me since I value history so much.  In 1917, Henry Ford opened a tractor factory in what was then the village of Fordson, since merged with several other political entities to form the city of Dearborn.  When Fordson High School , claimed to be the first million-dollar high school in the Midwest, opened in 1928, it must have seemed only natural to adopt the Tractor as a mascot.  A 1926 Fordson tractor remains near the west end zone of the high school football field and another greets visitors as they enter the main entrance to the school.

If “Tractors” doesn’t raise some eyebrows in my conversations, “Lord Jeffs” certainly does.  That’s what I was in college, an Amherst [Massachusetts] Lord Jeff.  Jeffery Amherst was a British general instrumental in winning the French and Indian War and was later the Governor-General of British North America.  Hence, the Lord Jeffs and, as far as I know, the only Lord Jeffs in the country.  I write “were” because several years ago some misguided do-gooders pushed to have the nickname replaced by Mammoths.  No, I’m not kidding, but I wish I were.

But, back to Michigan and its high schools.  The Michigan Department of Education counts 1,550 high schools in the state.  Almost all of them have mascots/nicknames.  Eagles?  Panthers?  Vikings? Wildcats?  Everyone knows of a high school whose nickname is one of those.  Eagles and variations of it are the most popular and can be found in 44 different schools, while each of the others numbers in the dozens, too.

But what about Tractors—or Doughboys or Hematites or Miners or Copper Kings or Nimrods or Flivvers or Battling Bathers or Modeltowners or Magi or Chix and Dux?  Yep, those are all mascots/nicknames of at least one Michigan high school.  It’s claimed that more than one hundred such mascots are unique to the Great Lake State.  Here is a look at a handful of them and next month we’ll explore some others.

Behind almost every such nickname lies something historical, such as local history, regional development, or even competition with other schools.

Some of the nicknames and their origins and derivations are obvious—or are they?  In Detroit, the Pershing High School athletic teams are known as the Doughboys.  No, I don’t think the thought of a certain brand of biscuits or crescent rolls likely will throw fear into the hearts of opposing teams.  Of course, the name doesn’t stem from that, not at all.  General John J. Pershing commanded the troops of the American Expeditionary Force in the First World War.  His soldiers became known as “Doughboys.”  Biscuits do come in here, a little.  One story goes that the US troops picked up the name due to the large white buttons on their uniforms that, well, looked like biscuit dough.  That soon changed as the buttons made inviting targets.  If that story is a bit of a stretch, another idea goes back to the Mexican War, when the sand and dust that covered US soldiers’ uniforms made them appear as if they were coated in flour.  General Pershing and his Doughboys.  Although the army uniforms changed, the nickname at Pershing High School stuck.

The Upper Peninsula has a number of unique mascots, often stemming from the region’s storied relationship with mining.

Negaunee High School is known as the Miners.  According to Roland Koski of the Negaunee Historical Society, iron ore was discovered in the Negaunee area in the early 1840s, with mining beginning in 1844.  “Thus, the logic behind the name,” he said.  Although the first graduating class of Negaunee High School was 1879, his search of the local newspaper from the 1870s onward provided “no definite or true answer” as to when Miners was adopted.  A new building was constructed in 1910 and remained until it was replaced in 1986 by a new school, Koski noted, fittingly constructed on the old Mather B Mine location.

He added that Miners was also used by a smaller Upper Peninsula high school as late as the 1950s.  But when it consolidated, a different nickname was chosen.

Neighboring Ishpeming also has a history in the mining industry which is reflected in the nickname of its high school—the Hematites.  Hematite is a form of iron ore, widespread in the area.  A number of local mines produced the ore and to this day continue to attract tourists.  It’s not known when Hematites was initially used to refer to the high school teams.  By 1905, though, the name appeared in the yearbook.  Some suggestions point to its first use in the state championship football game versus Benton Harbor three years earlier.

In the Keweenaw Peninsula, the Copper Kings of Calumet High School can be found.  Of course, copper mining has been crucial to the history of Calumet and the entire Keweenaw.  For almost four decades, Michigan led the United States in the production of copper.

Although Calumet High School opened in 1867, former middle school teacher and district school board member Bob Erkkila said Copper Kings “wasn’t designated as the nickname until after World War Two.”  This was long after perhaps its most famous athlete, Notre Dame’s George Gipp (“Win one for the Gipper.”) left.  Erkkila said, “Of course, it reflects the connection with copper in this area.”  In 1948, the student council sponsored a contest to find a nickname.  The three finalists were Miners, Red Jackets (after an early name of the village), and Copper Kings.  Copper Kings won.  Erkikila added, “There was even a mascot, a student dressed as ‘King Copper.’  But that didn’t catch on and it was over in two years.”

The Manchester Flying Dutchmen have no connection to the Dutch, that is, the denizens of the Netherlands.  Like the Pennsylvania Dutch, “Dutch” refers to Germans, as in “Deutsche.”  Manchester was established in the early 1800s by speculators seeking to profit from the water-power potential of the River Raisin.   John Korican is a former head football coach, athletic director, and principal at Manchester High School.  He explained, “Later, German settlers came here from Lenawee County.  They called Manchester ‘an oasis across the county line.’”

In 1934, Korican went on, “The Manchester football team was referred to in a newspaper article as ‘the German eleven.’  Several years later, a Jackson reporter also called them ‘the Dutchmen,’ slang [a misnomer?] at the time for German.”

The 1938 team was small, but “quick as lightning.”  Picking up on the team speed, Allen Purvis, writing for the Adrian Daily Telegraph, offered the name “Flying Dutchmen.”  After that, Korican noted, “Our symbol became the winged shoe.”

Those are just of a few of the unique nicknames/mascots of some Michigan high schools.  There are more—Jungaleers, Dreadnaughts, Chemics, Saddlelites, Corsairs……  Next month we’ll explore more of them.