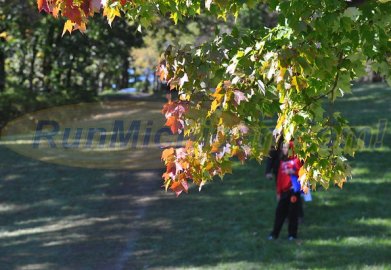 This morning’s (September 30) temperature was 41 degrees when I set out on my run.  I think I even saw my breath once I got going.  I’m not sure it was that cold, but two women out walking were wearing mittens, knit caps, and scarves.  Despite the intermittent drizzle,  the cooler weather provided a great morning for a run, almost enough to make one, a runner at least, forget about last summer.  Well, almost but not quite.

At the beginning of August, my running buddy Bob Drapal noted that we had already had more 90-degree days than in an average summer, with six weeks to go.  I hadn’t been keeping count, but I certainly believed it.  In fact, that’s what started the conversation, one about this summer’s running conditions.

“I’ve really been exhausted lately, just wiped out.  Could it be,” I asked, “the weather, all this heat and humidity?  I’m just sapped.”  Bob confirmed that he felt it, too, and that it might indeed be the steam bath summer.  But after a slight hesitation, he added, “We might just be getting old, too.”  After additional discussion, we agreed, “Nah, it must be the weather.”

Curious about this, I consulted an expert, WDIV-TV meteorologist Paul Gross.  He noted, “Officially, we had twenty-six 90-degree days this past summer.”  This included the Detroit area.  “The average is around twelve or thirteen [days].”  My calculator tells me, then, that we had at least double the amount of 90-degree days.  Some places, such as Muskegon, reached 90 degrees almost three times more than in a typical year.  And, on some of those many days, the thermometer crept into the mid- and upper 90s.

As I’ve written many times in the past, I’ve run in Las Vegas when the thermometer topped the 100-degree mark.  That’s hot, no doubt.  But the humidity is very low, sometimes in single digits, compared to Michigan.  Gross said, “I don’t have any records about humidity,” but I don’t think anyone would argue that we’ve also had above average humidity.  With it ranging in the 60, 70, 80, and even 90% range, running seemed like a tour through a steam bath.  I find that much tougher than those Las Vegas runs.

Bob and I, I suppose, were lucky.  We weren’t training for any fall races, at least no long ones.  Imagine trying to get ready for an October marathon or half marathon in that stuff—the heat and humidity.  Ugh!  On one of my runs I came across a woman who appeared to have just stepped out of a swimming pool or lake.  She was drenched, but from her run.  We stopped to chat for a bit and she said she was “training for a fall half marathon, about my eleventh or twelfth.”  No rookie, she admitted she was having a tough summer.

Another runner I know will run his first half marathon in October, too.  [Watch for November’s column for his story.]  On a planned eight-mile run in early September, he called it quits after about six miles.  He just couldn’t get it going.  Fortunately he managed his eight-miler the next week, with plenty of time before his race.  I suggested to him that the summer steam bath would make his half marathon a little easier, with cooler October temperatures (I hope!).

I admit to being a profuse “schweater.”  The water just drips off me, often puddling at my feet.  My shoes take a couple of days or longer to completely dry.  (Fortunately, years ago, I began to alternate pairs.)  I am not a big fan of weather like we had this summer, not at all.  But in the course of it all, I learned a new word:  sudoriferous.  It means “bearing or secreting sweat.”  In my case, a lot of it.

On September 16, Eliud Kipchoge broke the world record at the Berlin Marathon.  No, he didn’t just break the record; he obliterated it!  In running 2:01:39, he was the first person to clock a marathon under 2:02.  The 2016 Olympic marathon champion shattered the former record by one minute and eighteen seconds.  If that doesn’t sound like much, consider this:  it’s the greatest such margin since Derek Clayton lowered the record in 1967, more than 50 years ago!

There may well have been coverage of this in the two daily newspapers I get, but I didn’t see anything, not even a blurb.  I’m not asserting there wasn’t any coverage, only that I saw none, nor a follow-up.  One would think there would be a sizable story, after all, one that I couldn’t miss.  But either miss it I did or there wasn’t one.  The news I found was all online.

Regardless, consider what Kipchoge accomplished on that day.  It, especially to runners and doubly so to those who’ve run marathons, is mind-boggling.  I know “mind-boggling” has become trite, an overused phrase, but think of these.

Kipchoge ran an average pace of 4:38, four minutes and thirty-eight seconds a mile for 26.2 miles!  I’m pretty sure I can’t approach that on my bike, going downhill with the wind at my back.  The Michigan state high school boys’ mile/1600 meter record is 4:00.28 ( Grant Fisher, 2015).  I haven’t been able to track down Kipchoge’s mile splits, especially for the last mile, but his average pace would have likely won him the state girls’ record (4:39.23—Hannah Meier, 2013).  Imagine running 25 miles and then winning a mile race, the state mile championship!

I don’t recall my time, but I do remember that I ran my last marathon with exactly even splits—and not by design.  Kipchoge ran negative splits, 61:06 for the first half and 60:33 to finish.

In 2017, Kipchoge ran even faster, 2:00:25, in a Nike-staged marathon.  It doesn’t count as a world record due to the event not following established rules for pacing, fluid intake, etc.  How long until the 2-hour mark is bested?

But Berlin is a certified course.  And, in fact, the last seven times the world marathon record has been broken, since 2002, they were all on the Berlin course.  So, in planning your next marathon, the Berlin Marathon is tentatively scheduled for September 29, 2019.