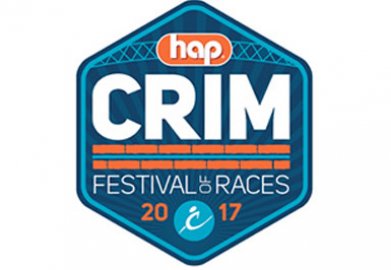 The HAP Crim Festival of Races, Flint’s largest celebration for health and fitness, is continuing the momentum in 2017 for its 41st running.

Following last year's historic 40th Crim, this year's race will feature a number of exciting new features that will enhance the experience for all racers.

Adjustments to the 10 Mile and Michigan Mile courses were announced, as well as other fun and competitive features in which all runners can participate.

The Crim is also resuming its tradition of attracting the world's best racers with a prize purse, as well as introducing a new prize purse specifically for competitors who live in Michigan.

Crim Festival of Races Director Andrew Younger spoke about the new features and changes to this year's event at a recent press event, held at McLaren Hospitality House in Flint Township.

"Due to a major engineering project along the Flint river at U of M-Flint's campus, the first part of the 10-mile course cannot follow along Boulevard Drive. The result of the project will be a major benefit to everyone in the city, but we'll have to change the first two miles of the course this year. You'll see on the map that we have managed to minimize the changes, and the good news is that by the Mile 2 marker, the course is identical to last year's.

One difference that all 10-milers will notice before the race even starts, is that we're doubling the number of waves and cutting the corral sizes in half. This will help eliminate any potential bottlenecks early in the race. Once the riverfront project is done, our plan is to go back to the course from 2016."

Younger also mentioned the changes in store for the mile races held Friday evening on the UM-Flint campus.

"We're actually pretty excited about these changes. The new course still starts and finishes on either side of Wilson Park on U of M-Flint's campus. But the route has fewer turns, fewer hills, and is all on streets."

"We have so much talent here in Michigan, and it should absolutely be celebrated," Younger said. "Last year, Michigan's own Dathan Ritzenhien won the Crim with a time on par with the best elites who have won the Crim. He's a leader among the many fast racers around the state who deserve to be celebrated, and who inspire so many others in Michigan to get out and run."

For more information on the 2017 Crim Festival of Races in Flint, Michigan on August 25 and 26, please visit https://crim.org/races-events/crim/.