This Thanksgiving morning the Fifth Third Bank Turkey Trot presented by the Parade Company will be celebrating twenty five years of tradition and history.

Thanks to for former Turkey Trot race director Dr. Ed Kozloff, we still have an account of its history. According to Kozloff, “the idea for the Detroit Thanksgiving Turkey Trot came less than two months before the first race in 1983. Mike O’Hara a runner and sportswriter for the Detroit News was at the Anchor Bar with a friend, Jim Patterson a former News photographer who had recently had been hired as the chief fundraiser for the Thanksgiving Parade. O’Hara suggested that since the parade route would already be closed and there would be a large captive audience it would be a great place to hold a running road race.”

The Motor City Striders couldn’t direct the inaugural 10 kilometer run in 1983 due to a conflict with one of their own races. New York’s Super Race Systems produced the first race. Over 2,300 runners showed up despite thirteen degree temperatures. Two college students, Dan Shamiyeh from EMU and Lisa Larsen (U of M) were the first winners. “The event raised $5,000 for the Parade and part of the race was televised on channel 7’s pre-parade coverage”, noted Kozloff.

Jeanne Bocci and the Belle Isle Runners took over the race in 1984. Lisa Larsen now Weidenbach won again while I finished crossed the finish first wearing war paint and a feathered Indian headband like the rest of my running club. The runners enjoyed finishing inside Cobo Center.

Snowfall and slush covered the route in 1985. After a false start, Eric Stuber a nine time All-American at Michigan State led 2,837 finishers with a best time of 30:27. U of M’s Cheri Sly was the first woman in 36:15.

In 1986 the Motor City Striders were brought into the race to help eliminate some of the problems that had occurred with the start, finish and scoring. Paul Baldwin of Swartz Creek, took top honors in 30:22 while Cheri Sly repeated. A bright shining sun and 32 degree temperatures greeted the 3,500 runners.

The 1987 race was officially titled Mr. Turkey Trot because it was sponsored by Bill Mar Foods the makers of Mr. Turkey products. Past Boston Marathon champion Greg Meyer beat 4,000 runners in 31:02. Michelle Gillispie, of Roseville, led the women in 37:26 under windy conditions.

In 1988, another 4,000 runners witnessed clear skies and mild temperatures as Paul Aufdemberge led the field in 29:35. “Ninety three men finished the 10k course faster than 36 minutes. For the women 16 were faster than 40 minutes. They were led by Kathy Hadler of Ann Arbor in 34:15”, noted Kozloff.

Despite a wind chill of minus 2 over 5,300 turned out to make the 1989 Turkey Trot the largest single race in Michigan. Todd Williams, who just three days earlier had finished sixth at the NCAA Cross-Country Championship, took this race title in 29:36. Cheri Sly won her third Turkey Trot victory in 35:06.

Paul Aufdemberge returned to victory in the 1990 race while Mindy Rowand-Schmidt a five time All-American at the U of M beat Cheri Sly. Mid 50 degree temperatures provided the best weather conditions in the race’s history.

4500 runners started the 1991 race which was won by Ontario’s Barry Purse and Detroit’s Ella Willis.

1993 saw the closest race in Turkey Trot’s history. The top five men were five seconds apart. WMU grad student Steve Voltaw made it to the finish first while Lisa Weidenbach won for the third time.

Perfect conditions pushed race numbers over the 5,000 mark for the first time in 1994.

Runners still talk about the 1997 race that became front page news. A bystander who thought she knew the course sent everyone in the wrong direction. Lead runners were seen hurdling barriers to get back on the right course. It was more comical than devastating since the Trot is really considered a fun run. Verran won again and Jerry Eschbacha took the women’s crown.

From 1998 to 2003 the event continued to run along part of the parade route while attracting one of the largest fields in Michigan. Some standout winners have included Kyle Baker, Brian Sell and Laura Murphy.

After several years starting from Wayne State the race returned to Cobo Center in 2004 with co directors Alan Whitehead and me. Icy streets prevented many runners from getting to the race but it didn’t slow down winners Clint Verran (winner in 1996, 97, 03) and Melissa White.

2006 saw one of the warmest Turkey Trots and a record field of 7,500. Tom Greenless outkicked Verran and Laura Murphy beat all the women. Shane Logan and Danielle Hobbs were the inaugural Stuffing Strut 5km winners.

Although the winners have been noted, the Fifth Third Bank Turkey Trot is still about runners having fun. Many in delightful costumes and crazy hats add to the event’s charm. It’s been a place to join friends, get some exercise before dinner and be part of the tradition of America’s Thanksgiving Day Parade before the frenzy of the Christmas season begins. 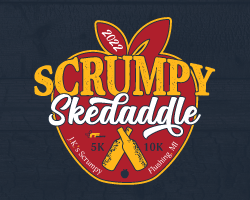 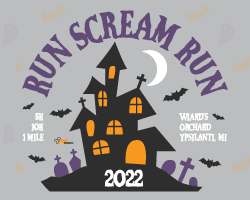 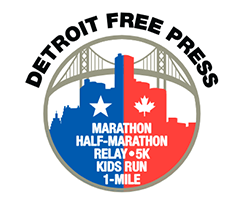 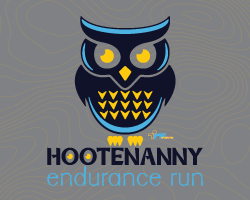 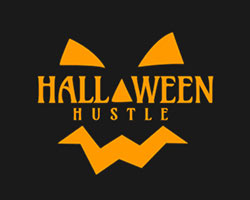 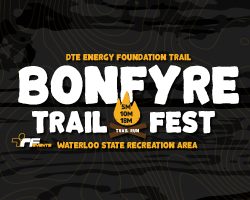 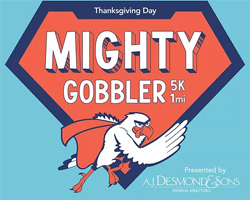