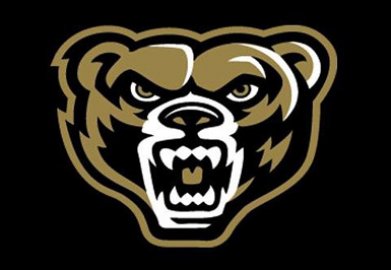 If redshirt senior Miranda Haas could give her freshman self advice about her collegiate running career with the knowledge that she has now after nearly five years at Oakland, she knows exactly what she would say.

“I would tell myself to trust the process. You start putting in the big miles your first and second year and it doesn’t start paying off until a couple years later,” Haas said. “You have to trust that that’s going to happen and you’re going to get there. Now, seeing the results and seeing how all the miles have paid off … I wish I’d for sure known that back then.”

Haas became a Golden Grizzly in fall of 2012 and went from finishing 35th in the Summit League championship race in her first season to helping lead Oakland to its first-ever Horizon League cross country title last season, finishing fifth individually.

During her time at Oakland, she’s learned how to become a leader.

“I know that I’m someone that people can look up to, just being a fifth-year senior and being here for a long time, and I’ve figured out how to embody that and be a good role model for others,” Haas said. “I definitely evolved as a runner as well, becoming way better than I ever thought I could be. It’s a pretty cool thing to feel.”

She redshirted indoor track her sophomore season, cross country her junior season and outdoor track last season so she would be able to compete in all three her final year.

With her final cross country season underway, and her final indoor and outdoor track seasons approaching, Haas wants to exit each program on a high note.

“I want to win a conference championship [for cross country] as a team again to go out on a bang,” she said. “I would really love for our team to win cross, indoor and outdoor championships and I think we have the chance of doing it if things play out the right way.”

Individually, her overriding goal is to make NCAA Regionals for outdoor season. She also wants to finish top three in the league for cross country and return to the podium in whatever events she’s put in for the Horizon League Indoor and Outdoor Championships.

When Haas was in middle school, she told her coach she’d never do cross country because she “didn’t like running.” But, when her dad made her pick between swimming or running her freshman year of high school, she chose running because she said she didn’t want to have to go to 6 a.m. practices for swim.

She stuck with it not only because she was good at it, but also because it gives her a thrill and allows her to have time alone to think.

“There’s not many days you get done with a run and you’re like, ‘that really sucked and I feel like crap now.’ Usually when I get done it boosts my mood for the day, it puts me in the right frame of mind,” Haas said. “There’s just that hour or hour and a half of being able to think by myself. That’s a really big benefit for me.”

Her mindset in life is to never give up and she said she never wants to fail at anything, and that’s what gets her through hard races and tough workouts.

“Getting down to the end when it’s getting hard, I don’t want to be done and just fail or drop out. I want to finish,” Haas explained. “Even if it’s a bad race or workout, that’s still going to put you that much further ahead of everyone else. I want to keep getting better and keep getting stronger.”

Haas is graduating in the spring and her plan is to attend dental school. She applied to eight schools to give herself options, but she would like to go to University of Michigan.

She also wants to train for and compete in a marathon.

Competitive running has been Haas’ life for the last nine years, and she said that although having it end this year will be nice because she’ll get a break, it’s also going to be “very bittersweet.”

“I say right now I’m not going to run and I’m going to take a whole year off, but I can almost guarantee a couple months in to not running competitively, I’ll still want to get out there and do it,” she said. “I just think it’s part of life now, it’s a stress reliever. I don’t think I can just not do it.”

The hard work ethic and positive attitude she’s developed from running is something she said she’ll take into the next stage of life with her.

“Hard work pays off in the end, it’s needed in all aspects of life no matter where you’re going,” Haas said. “Just be positive always, because positivity can really make or break your life.”