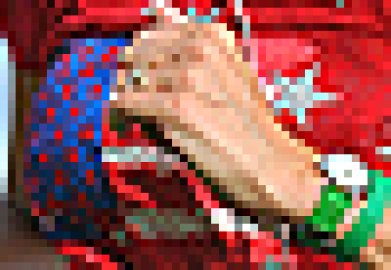 Provided by Davenport U

KANSAS CITY, Mo. – The NAIA has officially announced the complete entry list for the 65th annual Men's Outdoor Track and Field National Championships and 36th annual Women's Outdoor Track and Field National Championships. The events will be held at Mickey Miller Blackwell Stadium in Gulf Shores, Ala., May 26 – 28. The Gulf Shores and Orange Beach Sports Commission, in partnership with the city of Gulf Shores, are the hosts for the third-consecutive year.

The multi-events kick off the NAIA National Championships on May 26 with the men's decathlon at 10 a.m. CDT. In the women's heptathlon, event's get started at 10:30 a.m. Opening Ceremonies are scheduled for 2 p.m. on May 26 and precede trials of the relays.

Davenport University saw seven different athletes qualify for nationals led by sophomore thrower Alexander Lake who hit the NAIA "A" standard in both the discus throw and the hammer throw to punch his ticket to Gulf Shores, Alabama. Freshman Dan Boivin joined Lake as the second male qualifier for DU as his 4.60 meter mark in the pole vault was good for 18th best in the NAIA. The women saw five athletes qualify highlighted by three Panthers that qualified in the high jump and one in the long jump. Mallory Bont hit the 13th best mark in the NAIA in the long jump with a 5.65 meter jump. Emily Michalski, Tessa Gryzen, and Britta Ebels each qualified in the high jump for DU led by Michalski as the freshman hit the ninth best mark in the country (1.68m). Jenna Schumaker rounded out the qualifiers for the DU women as her 47.15 meter mark in the hammer throw helped her earn her trip to the national meet.

Stretch Internet, the NAIA's official video-streaming company of NAIA national championship events, will be broadcasting the events on www.NAIANetwork.com. A subscription package to view the entire three-day event is $14.95.