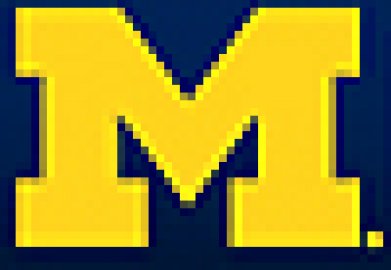 IOWA CITY, Iowa -- Led by individual winner Erin Finn (West Bloomfield, Mich./West Bloomfield), the No. 1-ranked University of Michigan women's cross country team secured seven spots among the top 10, including each of the top four positions, to win the Big Ten Preview with a near-perfect 16 points on Saturday (Sept. 20). The 6K race at Ashton Cross Country Course provided a preview of the Big Ten Championships course, as Iowa will host this year's conference event on Sunday, Nov. 2.

Finn pulled ahead early, building a six-second lead within the first 1,000 meters of the race, and earned the victory by completing the course in 20:36. Behind her, junior Shannon Osika (Waterford, Mich./Mott) took second place, finishing in 21:16, senior Brook Handler (Rochester Hills, Mich./Rochester) took third, and fifth-year senior Taylor Pogue (Goodrich, Mich./Goodrich) finished fourth, with a six-second split between the trio.

The Wolverines will travel to Boston, Mass., next weekend for the Coast-to-Coast Bean Town Battle on Friday (Sept. 26).

On his overall impressions, especially with group spacing ... "We did a nice job as a team. One kilometer into the race, Erin Finn had already built a five-, six-second lead, and we gave her the option of running with the pack or cutting loose depending on how she felt. Behind her, we packed up really well with Shannon Osika and Taylor Pogue, so we did a nice job there staying packed throughout the way. We had a little bit of falloff with a couple people, but I thought we did a great job of grouping up, particularly our No. 2 through 5. We had stronger showings from Megan Weschler, and Taylor Manett had a really good race; she's going in the right direction. Overall, very positive."

On the wealth of capable contributors in his lineup ... "We'll have to see where we are at next week. It's obvious that we have competition within the ranks, so we have to narrow this down heading into Boston next week. We'll have 12 running at Boston, but there are still 13-15 that contend for those spots, so we will take that into consideration."

On getting an early look at the Big Ten Championships course as well as conference competition ... "We were focused more on the course than the competition. Wisconsin looked like they ran pretty guarded. They're trying to do some things from a packing dynamic with their coaching staff, so we were more focused on seeing the course and its subtleties. We had some feedback right away from the kids on some things that were not apparent to them before the race but were very apparent afterwards. The course has great terrain and makes for good footing. You wish it could be a little more spectator-friendly, but other than that it's an outstanding course and it was in good shape."

On the race overall and how she felt dictating the pace for nearly all 6,000 meters ... "I just wanted to keep a nice, even effort for a Sept. 20 race. Coach McGuire gave me a little bit of free reign today, so I just tried to keep it consistent and get a good workout under my legs. The best workouts are always races. Obviously we aren't going 100 percent yet, but it's not time to give 100 percent at this point in the season. We're building ourselves up mentally and physically so that we can continue racing better each time."

On the team performance as a whole ... "I think this was the best team score I've ever been a part of, which was one point off a perfect score. I don't think I've ever been a part of a race where our team score was only 16 points, so that was really exciting. It gave us a lot of confidence. We know we have a lot of work to do, but if we keep with the process, we will get there."

On facing conference opponents for the first time this season after only racing among teammates up to this point ... "Whenever you're racing another colored shirt, there is always that much more fuel in the fire to go out there and help your team. It's hard to put forth your all against one of your teammates at an event (like the Michigan Open) because we're all working for the same goal, to win the meet. Racing your own teammate is a little counter intuitive because you want to be working together, not racing."

On the wide-open terrain of Ashton Cross Country Course ... "As the race began, it was really nice to have a very, very wide start. Essentially the whole field was on the starting line. We all started together so you could quickly gauge your pace off what everyone else was doing, and that was definitely helpful."