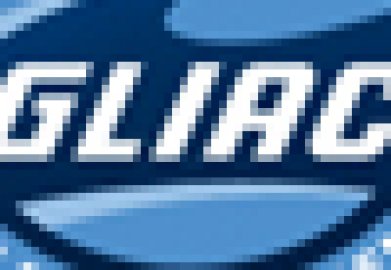 UNIVERSITY CENTER, Mich. - The Grand Valley State track and field teams both picked up victories in dual meet action on Friday (Jan. 24) against rival Saginaw Valley State inside the Ryder Center. The fourth-ranked men picked up an 85-54 victory, while the second-ranked women's team earned an 81-54 victory over the 20th-ranked Cardinals.

One of the three new meet records now belongs to Trent Chappell in the high jump (2.10m/6'10.75"), who broke Patrick Livengood's record of 2.03 meters from 2012 and hit a provisional qualifying mark with the effort. Chappell's mark is currently the third-best in Division II for the year, while Lukwago's is good for 10th-best.

Bret Myers, in his first action of the indoor season, hit a provisional mark and set a new meet record in the pole vault, clearing a height of 5.00 meters (16'4.75"), breaking a record previously held by Kevin Leland from last season. Myers' mark is currently the fifth-best in Division II this season.

The final meet record was set by Nathan Fraeyman in the long jump, who won with a mark of 6.94 meters (22'9.25"), surpassing the meet record set by Brent Brock last season, who finished second in this year's contest.

The Lakers will be back at home next Saturday (Feb. 1) for the GVSU 5-Way, when the Lakers will take on Hillsdale, Lewis, St. Joseph's (Ind.) and Lincoln (Mo.) at 1 p.m. inside the Kelly Family Sports Center. For the women's event, it will be a match-up of #1 (Lincoln) versus #2 (GVSU) in a highly-anticipated battle. Following the GVSU 5-Way meet, the Kelly Family Sports Center will serve as the host to a dual meet between Michigan and Michigan State at 6 p.m. For more information on attending the meet, click here.