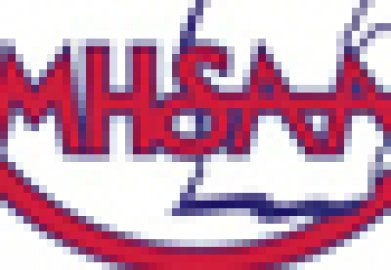 Provided by the MHSAA.

His variety of experiences while serving schools of vastly different sizes – first formerly-Class C Suttons Bay, then Class A Traverse City Central – and as a respected voice for the MIAAA will help Inglis fill a number of roles for the MHSAA.

“We had more than 100 candidates, including a half dozen of the finest ADs in America – not just Michigan. They couldn’t be any better,” MHSAA Executive Director John E. “Jack” Roberts said. “Cody’s selection was based in part on his being just a slightly better fit to the job description we had in mind.

“He’s had to do some tough things as an administrator. But he’s got a personality that causes people to rally around him.”

His programs have achieved plentiful success under his leadership. Traverse City Central won the Big North Conference all-sport award every year from 2008-12 and earned six MHSAA Finals team championships during his tenure. The varsity programs have produced 34 academic all-state awards over the past three school years – including 14 in 2012-13 – and 62 percent of the student body was involved in athletics last school year.

While at Suttons Bay, Inglis led an athletic program that won the Northwest Conference sportsmanship trophy nine times and earned two MHSAA Finals championships. He also redeveloped athletic boosters programs, oversaw construction projects and was instrumental in the rewriting of athletic policies at both schools.

He was recognized in the spring with the MHSAA’s Allen W. Bush Award, which recognizes those who serve in high school athletics but do not always receive attention for their contributions.

A number of personal experiences should prove valuable as Inglis takes on his MHSAA duties. The son of one-time Buffalo Sabres (NHL) coach Bill Inglis, Cody was instrumental in the creation and later served as an assistant coach for the Traverse City Bay Reps ice hockey team, a co-operative headed by Traverse City St. Francis High School that’s now been in existence 15 seasons.

He also coached both cross country and track and field at Suttons Bay and was named Division 4 Girls Cross Country Coach of the Year in 2002 by the Michigan Interscholastic Track Coaches Association after leading his team to a runner-up finish at the MHSAA Finals. Inglis coached a string of girls cross country teams that made the top 10 at MHSAA Finals five straight seasons, plus 25 all-state athletes in cross country and track and field including three individual MHSAA champions.

While following his father’s professional hockey career, Inglis’ family moved 17 times during his childhood before settling in Kalamazoo when Cody was in eighth grade. He graduated from Portage Northern High School in 1989 and went on to Hope College, where he earned a bachelor’s degree in physical education and his teaching certification. He also was the captain of Hope’s 1992 men’s cross country team and captain of the men’s track & field team in both 1992 and 1993, and earned academic All-America honors for cross country. Inglis received minor degrees at Hope in business administration and communications, and has completed a number of courses toward a master’s in athletic administration from Ohio University.

Inglis is married to Carrie (Ham) Inglis, an MHSAA Finals cross country individual champion for Big Rapids in 1987. They have three sons.

The MHSAA is a private, not-for-profit corporation of voluntary membership by more than 1,500 public and private senior high schools and junior high/middle schools which exists to develop common rules for athletic eligibility and competition. No government funds or tax dollars support the MHSAA, which was the first such association nationally to not accept membership dues or tournament entry fees from schools. Member schools which enforce these rules are permitted to participate in MHSAA tournaments, which attract more than 1.4 million spectators each year.