U of M Men - Toeing the Line #3: 'A' Squad to Debut at Cowboy Jamboree 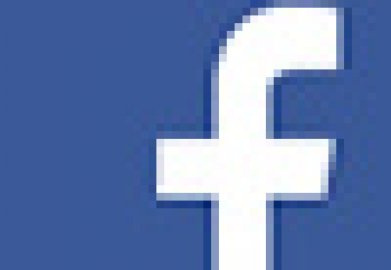 After a week off from competition, the 28th-ranked University of Michigan men's cross country team will travel on Saturday (Sept. 28) to Stillwater, Okla., for the Cowboy Jamboree. The varsity squad will make its season debut in the men's 8K race, which will begin at 9:45 a.m. CDT at the Oklahoma State University Cross Country Course.

• Saturday's meet will mark the season debut for Michigan's 'A' squad, which will include three members of its 2012 Big Ten Championships team -- seniors Mark Beams (Vicksburg, Mich./Vicksburg) and Morsi Rayyan (Dewitt, Mich./St. Johns) and junior/sophomore August Pappas (Chelsea, Mich./Chelsea). Beams and Rayyan were also members of U-M's seven-man team at the 2012 NCAA Championships. Pappas was a member of that squad as well but was unable to finish the 10K due to injury.

• Junior Mason Ferlic (St. Paul, Minn./Mounds Park Academy) will also make his season debut at Oklahoma State. He competed in just one meet a year ago due to injury but returned for a strong 2013 outdoor track season, where he finished as a second team All-American in the 3,000-meter steeplechase. Ferlic was a member of U-M's Big Ten, regional and national championship squads as a freshman in 2011.

• Sophomore Tony Smoragiewicz (Rapid City, S.D./Rapid City Central) will not be competing at the Cowboy Jamboree, as he continues to transition back to distance running after competing for Team USA at the World Junior Triathlon Championships on Sept. 14 in London. He finished 42nd in his third appearance at the junior world event. Smoragiewicz was a member of U-M's squad at the Big Ten and NCAA Championships a year ago.

• The Cowboy Jamboree will feature some of the top competition in the country, including No. 1 Oklahoma State and No. 2 Northern Arizona. Host school and defending national champion Oklahoma State has been ranked No. 1 in the nation for six straight polls, dating back to Week 5 of the 2012 season. The Cowboys have won national titles in three of the last four years (2009, '10, '12), finishing runner-up in 2011.

• Michigan is ranked No. 28 in this week's USTFCCCA Coaches' Poll, moving up one spot from a week ago. The Wolverines have been ranked in the nation's top 30 each week since the third regular-season poll of the 2011 season.

• Senior/junior James Yau (Troy, Mich./Troy) has led Michigan in each of the first two meets this season. He earned his first collegiate victory at the 5K Michigan Open (Aug. 30) and took fifth at the 8K Purdue Invitational (Sept. 13) in a preview of the Big Ten Championships course against Purdue, Illinois and Ohio State.

• After redshirting in 2012, sophomore/freshman Jarred Bratley (Andover, Mich./Andover) made his collegiate debut for the Wolverines at the Purdue Invitational, finishing 29th in 26:08.9.

• U-M earned a national ranking of No. 26 in the preseason poll on Aug. 27. It marked the second straight season the Wolverines appeared in the top 30 in the preseason rankings after starting the season at No. 19 a year ago.

• The 2013 roster features 14 returnees from a year ago, including six that were members of the 2012 Big Ten runner-up team.

• Mark Beams and Morsi Rayyan represented Michigan as team captains during the 2012 season.

• Head coach Alex Gibby is in his fourth year at the helm of the men's cross country program. In 2012, Gibby guided Michigan to its best season in four years, highlighted by runner-up finishes at the Big Ten Championships and NCAA Great Lakes Regional. He also helped Michigan qualify for the NCAA Championships as a team for the second straight year. Gibby has wasted no time taking the program to the next level as the Wolverines have improved their conference and regional finishes each year under his guidance. The 2012 season marked the first time since 2008 that the top five finishers at the regional meet all earned All-Great Lakes Region honors. At the 2012 Big Ten Championships, Gibby also produced three All-Big Ten performers for the first time since the 2008 season.

Annual Results During the Gibby Era