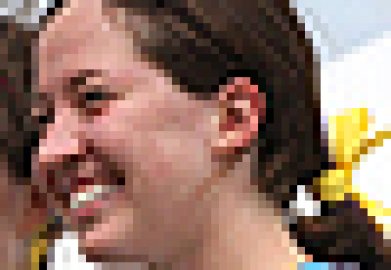 Provided by Gatorade Player of the Year 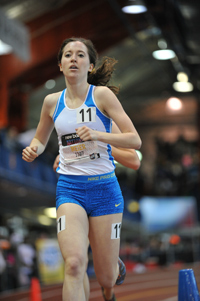 The award, which recognizes not only outstanding athletic excellence, but also high standards of academic
achievement and exemplary character demonstrated on and off the track, distinguishes Meier as Michigan’s best high school girls track & field athlete.

The 5-foot-6 senior won two individual state titles and anchored two victorious relays to lead the Blue Devils to the Division I state championship as a team this spring. The state’s two-time returning Gatorade Girls Track and Field Athlete of the Year, Meier won the 1600-meter run in a state-record time of 4:39.23, which ranked as the nation’s No. 1 time among prep competitors in 2013 at the time of her selection. She also broke the state record in the 800-meter run with a time of 2:06.35. Meier anchored the 4x400-meter relay to victory in 3:52.32 and her closing leg helped the 4x800-meter relay to a win in 9:01.98.

Meier has maintained a 3.84 GPA in the classroom. A devoted member of her church community, she has volunteered locally on behalf of homeless shelters and youth track programs, and has served as a middle school tutor.

“Hannah is, no doubt, the most versatile track athlete in the state, and has been since her freshman year,” said Grosse Pointe South head coach Steve Zaranek. “She’s also the most complete athlete and one of the finest teammates I’ve ever had the honor to have in our program.”

Meier has signed a National Letter of Intent to compete in track and field on scholarship at Duke University this fall.

The selection process is administered by the Gatorade high school sports leadership team in partnership with
USA TODAY High School Sports, which work with top sport-specific experts and a media advisory board of accomplished, veteran prep sports journalists to determine the state winners in each sport.