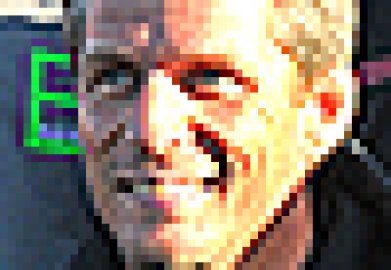 Bloomfield Hills, Michigan -- RunMichigan.com had a chance recently to talk with former Monroe High School distance runner Todd Williams. Williams, who now lives in Florida, was back in the Midwest to help spread the word about his new running related business, Run Safer. 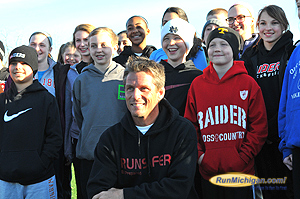 Williams took time out from his trip back to Michigan to talk with students at St. Regis School in Bloomfield Hills on April 3, sharing his memories of his introduction to the sport of running as a youth and some great advice for succeeding as a distance runner.

Graduating from Monroe High School in 1987, he was a multiple time MHSAA State Champion in cross country and track, posting high school track PR's of 8:57 for 3200 Meters and 4:12 for 1600. He went on to a great career at the University of Tennessee where he was a 3-time XC All-American and also All American in Track. His school records at Tennessee in the 3K, 5K and 10K still stand today after 22 years.

He credited his high school coach, Dave Bork, for being a major influence on both his running career and life and looks back on his time in Monroe as the key for his success.

"My foundation is Monroe. If I didn't have my family, my friends and the great coaches I had there, none of this would have been possible."

The 1980's in Michigan was filled with a lot of great distance runners. Todd's goals at that time were usually not so much about beating the competition, but more about "stopping the clock" and just putting up the fastest time possible. He proved that hard work and willingness to sacrifice could get him to where he wanted to be. That was a message he passed on to those in attendance at St. Regis.

"Nothing comes easy and distance running is a great sport when it comes to what work can do -- and then you see the results. And if you don't put in the work, it's the same thing."

Todd has brought that same drive and work ethic that helped him to his running success into his newest business venture, Run Safer (www.runsafer.com), is a service designed to help all runners and athletes not only become faster and stronger, but safer when they're in an environment that may warrant self defense training. In addition to Todd's great running success, his drive and passion to succeed led him to becoming a Brazilian Jiu Jitsu Black Belt. He has pulled both passions together to help him form the Run Safer service.

In his post professional running career, he has also worked as a broadcast analyst for recent road race coverage.