GVSU Lakers Rack Up Qualifying Marks Across the Country 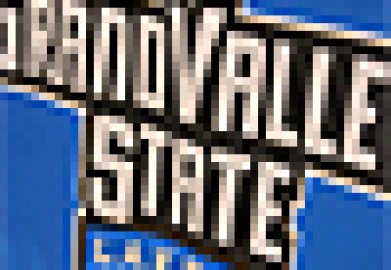 GVSU sent two distance runners to Stanford, Calif. to compete in the Stanford Invitational and came back with two spectacular times. Senior Rachel Patterson (Rochester, Mich./Miami (Ohio)) finished 13th in the top heat of the 5k run with a time of 15:54.35, an automatic qualifying mark and the third fastest 5k time in school history. In the second heat of 5k, senior Betsy Graney (Harper Woods, Mich./William & Mary) won the race with a time of 15:56.68, hitting an automatic qualifying mark of her own and giving her the fifth-best 5k time in school history. The two seniors' times are currently the top two times in NCAA Division II this season.

The sprinters, jumpers and throwers all traveled to Durham, N.C. to participate in the Duke Invitational. Two automatic marks were hit at that meet, both in the field events for the Lakers. Senior Lauren Buresh (Stanwood, Mich./Morley-Stanwood) finished fifth in the shot put with an automatic qualifying mark of 14.96 meters (50'0") and was the highest Division II finisher in the event.

Junior Jamie Smith (Hickory Corners, Mich./Gull Lake) hit a provisional qualifying mark in the discus, finishing sixth with a toss of 43.45 meters (142'6.5"), the highest Division II finisher in the event.

In the running events, sophomore Kalena Franklin (West Branch, Mich./Ogemaw Heights) won the 100 meter hurdles. She hit provisional qualifying marks in both the preliminaries and the finals, finishing in a time of 14.19 seconds in the prelims and 14.30 in the finals.

In the 800 meter run, senior Chanelle Caldwell (Toledo, Ohio/Indiana Tech) just barely missed out on an automatic qualifying mark. Caldwell finished third in the event as the highest Division II finisher with a time of 2:09.48 to notch a provisional mark. The automatic mark is 2:09.36 for the event, just .12 seconds faster than Caldwell's time.

Hess was also the highest Division II finisher in the 400 meter dash, placing 11th with a time of 57.67 seconds.

The Lakers will be back in action on Saturday (Apr. 14) when they head to the Hillsdale Invitational in Hillsdale, Mich.